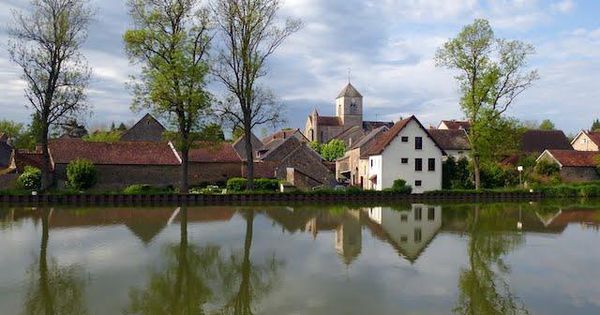 If you like the idea of slow, immersive travel, taking a barge cruise on one of Europe’s canals could be a great alternative to cruising on oceans or rivers.

Barges are much smaller than cruise ships or riverboats, usually carrying only 2-20 passengers. They travel slowly, generally at speeds of less than four miles an hour, making numerous stops at lockhouses along the way. And they only travel short distances:  On a six-night barge trip, for example, passengers might only travel 30-50 miles from the time they embark until the end of the journey.

Most barge trips include daily excursions to nearby points of interest— such as short minivan drives to nearby chateaux and vineyards, or visits with local artisans or food producers. But watching the passing scenery and learning about life in the small towns and villages along the canals is also an integral and unique part of the barging experience.

In the mid-1800s, before the advent of rail transport, it was common for flat-bottomed barges to transport heavy goods, like coal, iron ore and wine along canals. These vessels fell into disuse because rail freight was so much more efficient.

During the 1960s, many of these old workhorses were repurposed, renovated and found second lives as floating hotels. The same picturesque lockhouses, constructed long ago, are still along the banks of canals, inhabited by lock keepers (and, sometimes, their families) who manually open and close nearby locks as barges pass by. Lock keepers often arrive via a bicycle or moped when a barge is approaching a lock.

6 Types Of Travelers Who Should Book a Barge Trip

With the desire for more authentic and bespoke luxury travel, interest in barging has been increasing.

“Hotel barging is growing at double-digit growth rates,” says John Wood-Dow, President of European Waterways, a company that has operated barges on canals and rivers for more than 35 years.

“The appeal of the personal service, opportunities for off-the-beaten-track experiences, and gentle adventure of cruising on a small vessel have all helped stimulate the growth of what is still a lesser-known travel concept,” he adds.

Although there’s no consensus on precisely how one defines a “hotel barge,” these vessels typically carry a maximum of twenty passengers and provide all-inclusive services with full board, open bar and daily excursions. Using that definition, Wood-Dow estimates that around 70 barges are currently operating in Europe. With 17 vessels, European Waterways is the largest hotel barge operator.

While most cruise the canals of France, they also can be found on the waterways of Holland, Belgium, Italy, Germany, Scotland, England and Ireland. Barge season starts in late March and runs through the end of October.

Types of Travelers Who Enjoy Barging

Wondering whether a barge cruise is right or you? Here are six types of travelers who might enjoy barge cruises:

Many people would love to cruise but may be prone to motion sickness or may feel claustrophobic on a ship. The odds of getting seasick on a barge are slim because the barge doesn’t have the sway of larger ships, hardly even making waves at all.

Because the barge moves so slowly, passengers can hop on and off for a period of time, and catch up to the barge at the next lock. Also, barges don’t cruise at night like bigger vessels.

Because of the small size and relaxed ambiance of barges, passengers tend to make fast friends. The group eats three meals a day together, usually around one big table. The availability of unlimited complimentary wines and liquors helps act as a social lubricant.

Introverts, who prefer to socialize in smaller groups, or one-on-one, usually prefer this more intimate type of cruising to mega ships or even riverboats that can carry as many as 150-200 people.

If an introvert needs to recharge after too much social contact, there are opportunities and spaces to be alone, too. Passengers can retreat to the deck or to their cabins to read a book or walk along the towpaths (roads or trails beside the canal).

Barges are a comfortable choice for solo travelers because the small group begins to feel like a family, leaving no one feeling alone or left out.

To celebrate a milestone birthday or anniversary or simply spend time together, families (including multigenerational groups) or groups of friends have the option of chartering an entire vessel for themselves.

Food plays an important role on any cruise but barge travel takes cuisine to the next level. Each vessel has a chef who tailors menus based on the destination and season, as well as the special food preferences or requirements of passengers.

Most foods are locally-sourced (e.g., warm bread or croissants may come from a local baker each morning or cheeses from a nearby farm). Passengers have the opportunity not only to taste regional foods and recipes but also to learn about them from the chef and other crew.

Since many barge trips operate in celebrated wine regions, oenophiles will enjoy visiting vineyards, chatting with winemakers and having the opportunity to taste different varietals with lunch and dinner.

On a barge trip, relaxing isn’t synonymous with sedentary. In addition to stimulating shore excursions to small but interesting towns, most barges have complimentary bicycles on board; guests can borrow them to explore a small village on their own, and meet up with the barge at an agreed upon point later in the day. Similarly, they can choose to run or jog along the towpath at their own pace while the vessel is moving.

Bicycling on a towpath beside the Burgundy CanalJerome Levine

Nautical types who love operating or exploring boats will enjoy watching the Captain and crew navigate the vessel, negotiate the canals and tie up overnight. Interested passengers are often invited to the wheelhouse.

The changing landscape along the canals is stunning and almost as compelling when framed through one of the ship’s portholes.

Church steeples and castles dot the countryside where cattle can often be seen grazing. There’s also an abundance of birds and sea life around the barge. Locals may pass by on the towpath walking a dog or taking their kids for a stroll. Because canals tend to be narrow (in places, just wide enough to fit the barge) the views are close-up and personal, and slow speeds afford many chances to capture that perfect shot.

Castle and cattle along a canalJerome Levine

A typical cabin on a barge, this one on “Panache”European Waterways

The crew of a barge usually includes about 5-6 people—a captain, chef, driver/guide, deckhands, and housekeepers/waitstaff—who work together seamlessly, doing whatever needs to be done to make every passenger feel like they’ve embarked on the trip of a lifetime.

In the end, the appeal of barging over other forms of cruise vacations is its intimacy, personalized service and a truly relaxing pace.

Barge cruises can be booked directly with barge companies like European Waterways or through specialized travel agencies, like The Barge Lady.

For more information and inspiration for travelers over-50, follow Irene on MoreTimeToTravel and GettingOnTravel.Source Link:- https://www.forbes.com/sites/irenelevine/2018/08/05/6-types-of-travelers-who-will-love-barge-cruises/

These are the top summer international destinations, according to American Express Travel

Late-summer break to Argentina? The 10 countries where the pound is soaring