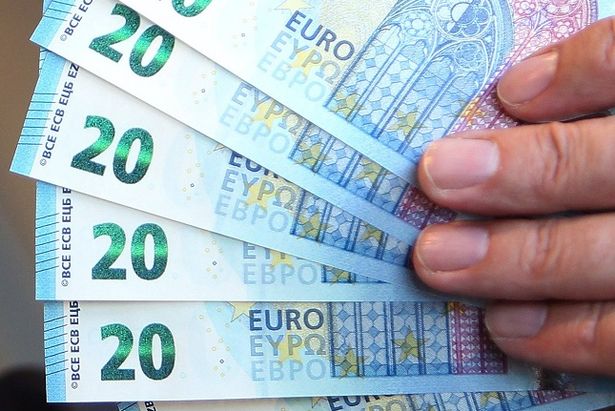 Each year thousands of people leave buying their travel money to the last minute, but it’s a spending trap that could leave you at least £87 out of pocket.

With four weeks before schools break up for summer, we’ve teamed up with the currently experts at FairFX to find out the best possible time to buy your holiday money – so that you don’t end up losing out.

“The summer holidays are fast approaching and millions of people will already have their summer getaway planned. For people who haven’t already thought about getting their currency, now is the time to act – planning ahead is crucial,” FairFX boss, Ian Strafford-Taylor, told Mirror Money.

“The truly savvy holidaymakers among us will be planning their travel money now, if they haven’t already, and they’ll be the ones who get the biggest bang for their buck – whether that’s getting the best rates or discovering alternative destinations where the pound goes furthest.”

Exchange rates are constantly changing, the trick is to watch for changes, and buy when it peaks (Image: Getty)

Analysis of travel money in the three months leading up to the school summer holidays in 2017 showed that exchange rates can vary by up to 10% across popular destinations over the 90 days before schools break up.

For example, holidaymakers heading to Mexico could have got an extra £87 worth of currency for every £1,000 exchanged by purchasing their foreign currency when rates were at their peak – on 8 May.

Likewise, travellers to the UAE, for example, could have saved £36 by booking on 15 July.

Visitors to Croatia, for example, could have saved £73 on their kuna by booking on 27 April.

For families buying euros last summer, the pound-euro exchange rate varied by 7% in the three months leading up to the summer holidays – with people buying 22nd of April saving £68.

“Exchange rates fluctuate throughout the year as a matter of course. Ahead of the school summer holidays last year we saw differences of 7% between the pound to euro exchange rate in a short three month window which is equivalent to nearly £70 worth of currency for every £1,000 exchanged,” Ian said.

“If you fail to plan ahead, you may be forced into accepting a poor exchange rate because you leave yourself with no option.

“Moreover, leaving it to the airport could see you stung with rates 13% higher than the rest of the market,” he added.

How to predict when rates will peak

Set up a tracker in good time – and when you see rates rising, cash in quick (Image: PA)

Keeping an eye on rates is a smart move and the more time you have to do this, the better.

That’s why you should start shopping around now – and buy when your chosen currency next falls in price.

“Signing up to a free tracker in good time will take the leg work out of this for you as it alerts you when rates move in your favour and you can buy when the pound is at its strongest,” Ian explained.

“The key is to never leave travel money until the last minute as you risk being at the mercy of the rate on the day and are more likely to miss out on the best deals.”

Travel money sites such as Travelex , Eurochange and moneycorp all offer rate trackers. They’ll keep an eye on fluctuations and alert you when the rates move in your favour.

Vincent Arcuri at Travelex told Mirror Money: “One way to get the best deal is to use a Travel Rate Tracker. This monitors exchange rates so you don’t have to, and helps you get the most foreign currency for your pounds.

“Remember, it’s important here to look at the total price that a transaction is going to be and not just at the exchange rate, since there can sometimes be additional fees added to your purchase.”

Get the most out of your holiday money

The more you plan, the more you’ll have to spend on your actual break (Image: Cultura RF)