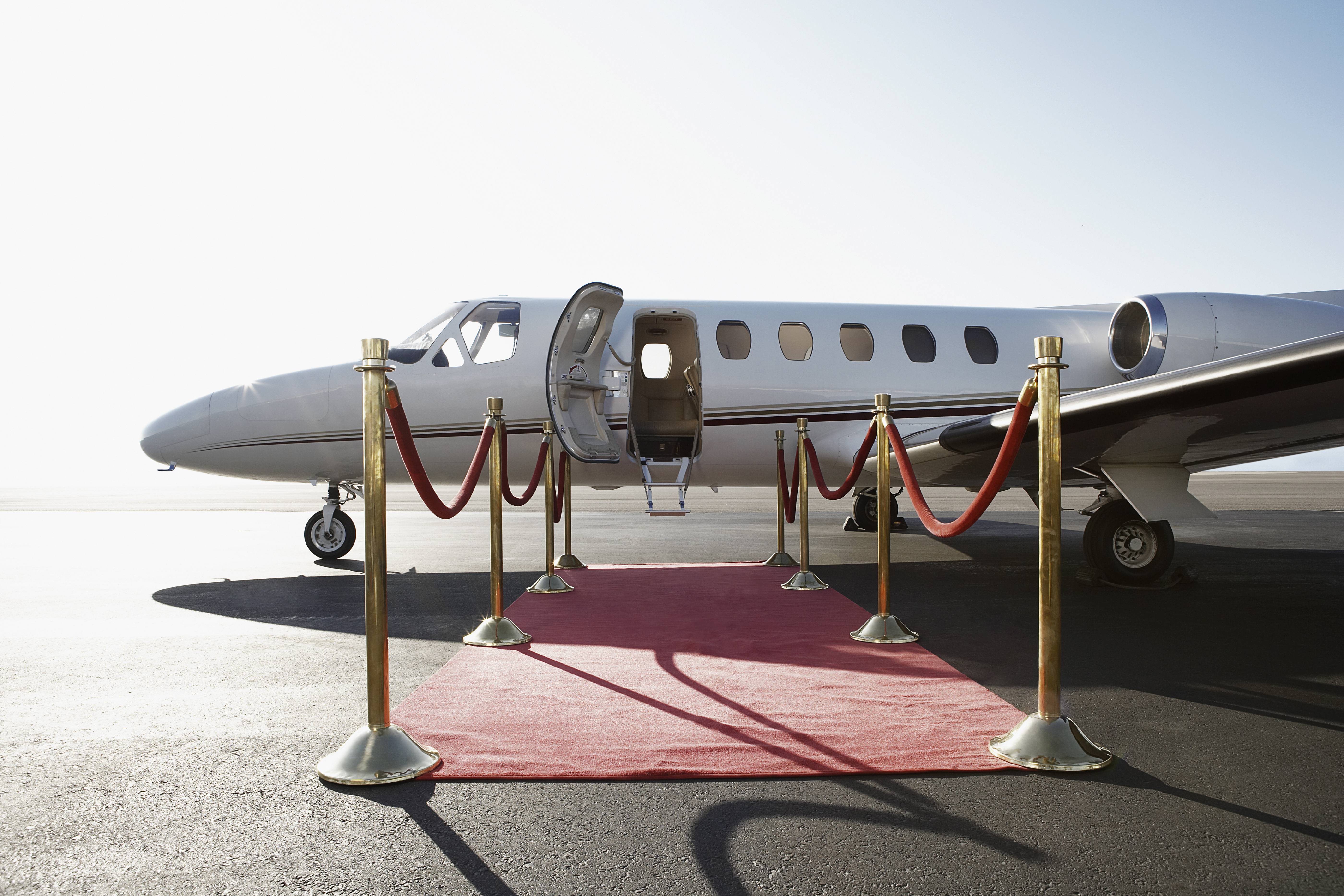 At Bloomberg Pursuits, we love to travel. And we always want to make sure we’re doing it right. So we’re talking to globetrotters in all of our luxury fields—food, wine, fashion, cars, real estate—to learn about their high-end hacks, tips, and off-the-wall experiences. These are the Distinguished Travel Hackers.

Jason Atherton is one of Britain’s buzziest, most dapper chefs. After learning his trade under rant-master Gordon Ramsay, he struck out on his own to found Social Company, which now oversees a global restaurant empire that includes his flagship, Michelin-starred Pollen Street Social in London, and the Clocktower restaurant, inside New York’s Edition hotel. He will soon debut a third restaurant inside the new Edition hotel in Shanghai.

No wonder, then, that Atherton logs around 500,000 miles in the air each year. His favorite airline is Emirates. “It’s the one I fly the most, because I take connecting flights, via the Middle East, to Shanghai and Hong Kong.”

Atherton lives in southwest London with his wife Irha and their two daughters.

When it comes to in-flight food, Jude Law knows best.

It was [the actor] Jude Law who told me to always take Tabasco on a plane. Airplane food is always bland, so it’s great to give it kick. But I just try my hardest not to eat on planes [at all]. I can normally do it up to about 12 hours. If I go to Australia, I have to eat, obviously, because it’s 24 hours on a plane for me. I just eat the protein, drowned in Tabasco, which tastes OK—well, it tastes of Tabasco, to be honest. Or I will take stuff with me: My favorite is a cold protein salad made from cooked salmon, brushed with a little bit of teriyaki sauce and fresh chili over the top, and some blanched vegetables. I make it at home and put it in my backpack—and eating it six or seven hours later, it’s great.

How to make sure your room service isn’t just fresh, but delivered first.

Every general manager wants to change the world when it comes to room service. And I’ve said, “Look, if you actually think about it, room service is about getting it to the room as fast as possible.” But if the room service guy has 20 orders to run up and down a massive building, he’ll tell me it’s going to take 40 minutes. Forty minutes too long, right? So if I order room service, I always, always say “I don’t want my food in a hot box. Leave it on the table with a cloche on top.” Because any food in a hot box, pasta or steak, will stew and go soggy, of course—but they will bring your food first, because it can’t be left to sit around [and get cold].

Skip the tourist traps in Florence with two Atherton-endorsed restaurants.

In the summer I always go to Italy and the south of France for my holidays. Inside Florence, there are two places you must eat. There’s a tiny little restaurant, right next door to Hermès, called Cantinetta Antinori. It used to be the Antinori family’s house, back when the Antonori family were fighting the Medici to be the best bankers in Italy. You’re talking thousands of years [ago] but now they have a little restaurant there. The first time I had the tomato pasta there, everything stopped in the room. It was like a movie. No matter how many times I tried to make it myself, I cannot get it as good. I’ve given up.

And then, just off the beaten track, there’s a little sandwich shop called Ino. If you don’t get there at 11 a.m., you don’t get fed. The queue goes around the block. There are 30 different sandwiches on the menu, but I always have the nduja and gorgonzola on focaccia. I’m scared [that] if order anything else, I won’t like it as much, so I eat the same sandwich every time I go. I’ve even said to the owner, “I want to bring you to London. I will set up a restaurant with you in London, we can go 50-50 on it. I’ll put the money up, and I want to sell your sandwiches in London.” And he’s, like: “No, no, no, no. It’s OK, it’s OK. I am just happy you come as a customer.”

Follow the one-year rule when picking a new restaurant anywhere.

I’ve opened 17 restaurants in my life. And I can tell you right now, I’ve never got a restaurant right from day one. Impossible. But after about a year, a restaurant matures and really starts to find its feet. The staff gets to know their regular customers, the chef knows the suppliers really well—when they’re not scared stiff waiting for the critics to walk through the door. You want all of that hullabaloo to die down, so you get a real experience of what that restaurant could really do. So make sure a restaurant you book is at least one year old. Speak to most top chefs, and they’ll say exactly the same thing.

London’s Mayfair is the menswear mecca of the world.

David Gandy is a mate of mine, and he became the brand ambassador for Thom Sweeney many years ago when they were just starting out. I remember seeing David at various events, and I said to David, “God, I love that suit, where’s that suit from?” And he’s, like, “Oh, it’s bespoke Thom Sweeney.” The brand’s just launched a ready-to-wear shop about a year ago in Mayfair, in Bruton Place, and it’s slowly but surely becoming the go-to place for the trendy guys. Then there’s Anderson & Sheppard’s haberdashery shop on Burlington Street, which is incredible. They have some of the most beautiful socks, beautiful underwear, beautiful robes. And then there’s Drake’s. It’s my go-to shop in London for unusual stuff: They do incredible boots for winter, super-cool hats, and I have a seersucker jacket for summer I have to pick up. It’s just bloody class.

How to hack a hotel room upgrade with two words.

Ask for a corner room of any hotel, and they’re generally bigger. Think about how they utilize the space in a building: the corner suites are usually bigger than the middle suites, and more interesting, too: You get better views. [Ed note: they also may be more expensive.]

Sure, Tokyo is fine, but Atherton’s favorite spot in Japan is more offbeat.

Visiting Hokkaido for skiing in the winter is stunning. Half way up the mountain, there are snow monkeys bathing in the hot springs while you ski past them. And it’s where Japanese ramen originated—and you can tell why. Nothing beats enjoying a steaming bowl of miso ramen whilst looking out over the snow, especially with some hot sake.

Anywhere in Japan, there’s a rule for picking a good restaurant: The tinier, the better, with room for 8 or 12 people [maximum]. And because they’re so small, you must, must, must book in advance or you won’t get in. It’s not like in Europe or the States, where they’ll find you a space. If there’s no space, you’re not eating. Try Sobadokoro Raikuchi or Ryunabe, which looks like a dump. You’ll get there and go, “My God, this Jason Atherton is off his head.” But eat the hot pot there, and it will blow your mind.