Have you ever leapt up the stairs of Skellig Michael in the manner of the Last Jedi? Or wandered aristocratically around Highclere Castle channeling your inner Crawley?

There’s no denying that the success of a film or TV series can have a significant impact on tourist numbers at filming locations. After famously starring as King’s Landing in HBO’s Game of Thrones, Dubrovnik has been overrun with fans, while the staggering surge of tourism in New Zealand by 50 per cent between 2001 and 2016 was largely attributed to the success of The Lord of the Rings and The Hobbit franchises.

But what if the world’s most famous film directors were to pour their artistic vision into promoting some of the world’s best destinations? A team of graphic designers have pretended they have, reimagining holiday hotspots as blockbuster film posters in the signature style of seven major directors.

Tim Burton’s films are renowned as being a little bit dark and twisty. He is perhaps best known as being an author of The Nightmare Before Christmas and the director of cult classics such as Beetlejuice, Edward Scissorhands and the live-action Alice in Wonderland.

His role as director most recently led him to work on Miss Peregrine’s Home for Peculiar Children, where the hamlet of Portholland in Cornwall starred as the setting for Cairnholm, the island that houses the school (which, incidentally was filmed at Torenhof Castle in Belgium). 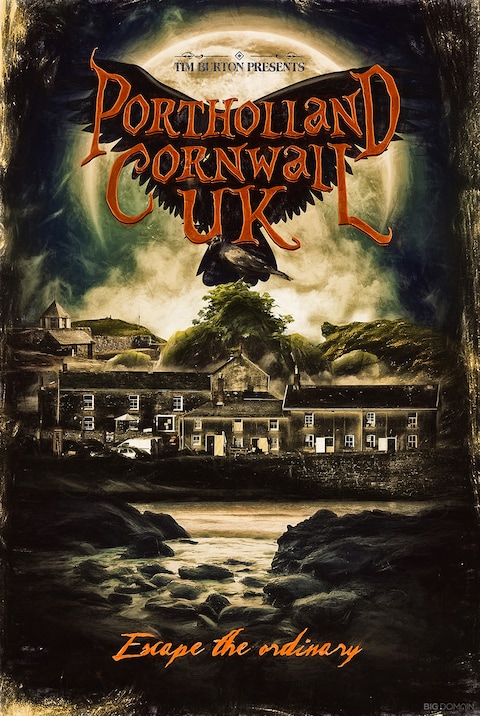 Spielberg’s eclectic work has captivated generations of film lovers and his work covers an impressive range of genres.

Without Spielberg, there’d be no E.T., no Indiana Jones and no Jurassic Park. Private Ryan wouldn’t have been saved (at least not on the silver screen), an adult Peter Pan wouldn’t have rescued his children from the clutches of the infamous Captain James Hook, and Jaws would have continued to plague the ocean.

Spielberg has filmed in locations across the globe too numerous to count but perhaps one of his most memorable settings was the use of Petra as the Temple of the Sun in Indiana Jones and the Last Crusade. 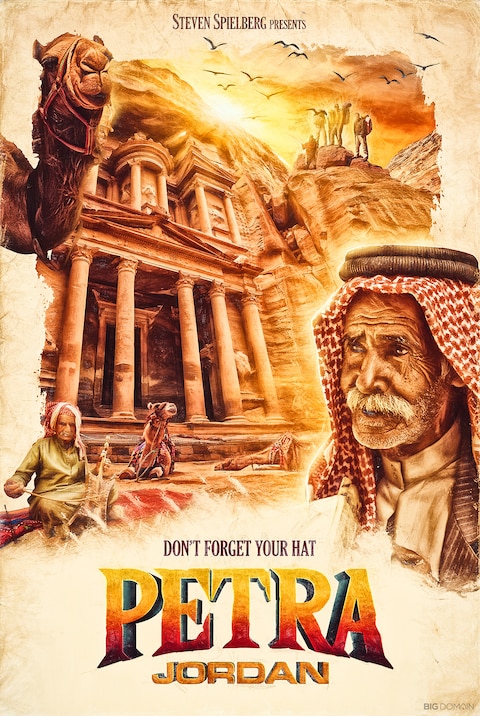 If you’ve ever come out of the cinema and not been entirely sure what just happened, it’s likely that you’ve spent a good two hours engrossed in a film by Christopher Nolan.

While Nolan shot to fame as the director of a ream of critically acclaimed (and mildly confusing) films, such as Inception, Memento and Interstellar, he is also responsible for the recent box-office smash Dunkirk.

But the franchise for which Nolan is perhaps best known is his Batman trilogy starring Christian Bale (Batman Begins, The Dark Knight and The Dark Knight Rises), with Chicago cast in the role of the deeply dark Gotham City. 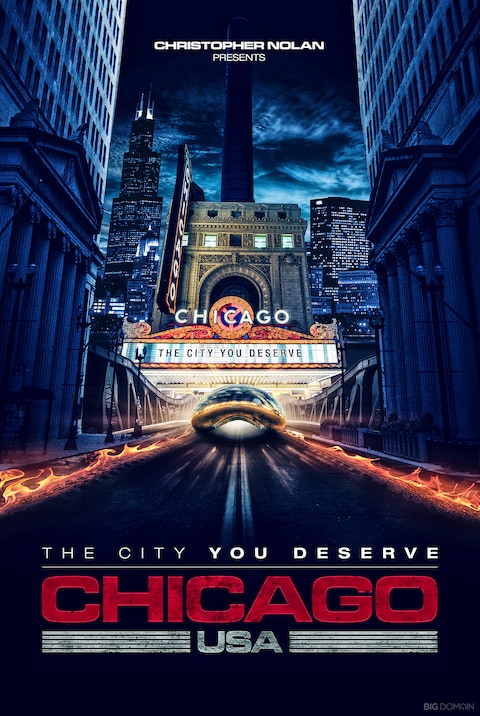 While Jackson has a few films under his belt that you might not guess were his – Meet the Feebles, Heavenly Creatures and The Lovely Bones – everyone knows him as the cinematic creator of Middle Earth.

Although it’s hard to believe, the first Lord of the Rings film, The Fellowship of the Ring, first appeared on our screens almost 17 years ago, back in 2001, while the final film in The Hobbit series, The Battle of the Five Armies, came out in 2014.

New Zealand owes a lot to these franchises, and Tourism New Zealand’s Director of PR, René de Monchy, says that one in three international tourists (about 437,000 people), now have some kind of Middle-Earth experience when they visit. Some head to Wellington’s Stone Street Studios, where many scenes not requiring a spellbinding natural landscape were shot. 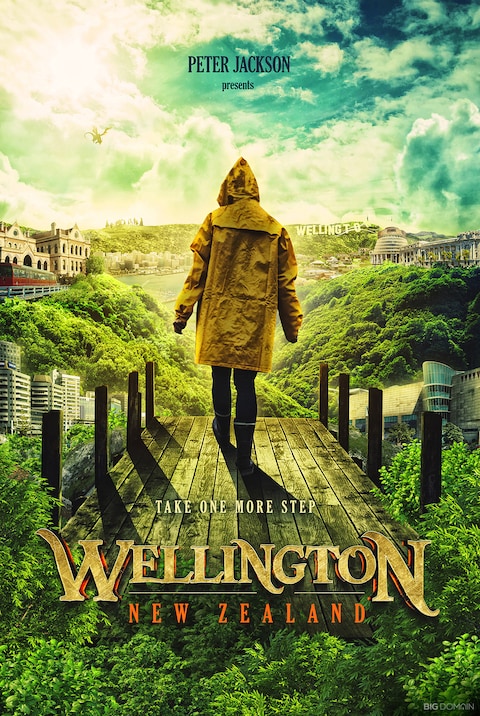 When it comes to her films, while she may have been critiqued in the past as putting ‘style over substance’, behind the glittering veneer of the sets, costumes and languorous frames, her subject matter often tackles difficult issues. Albeit in a very pretty way.

The young female experience is an evident theme in some of her most famous films – The Virgin Suicides, Marie Antoinette and The Bling Ring – while Lost in Translation is a tale of friendship and a love affair with the city of Tokyo. 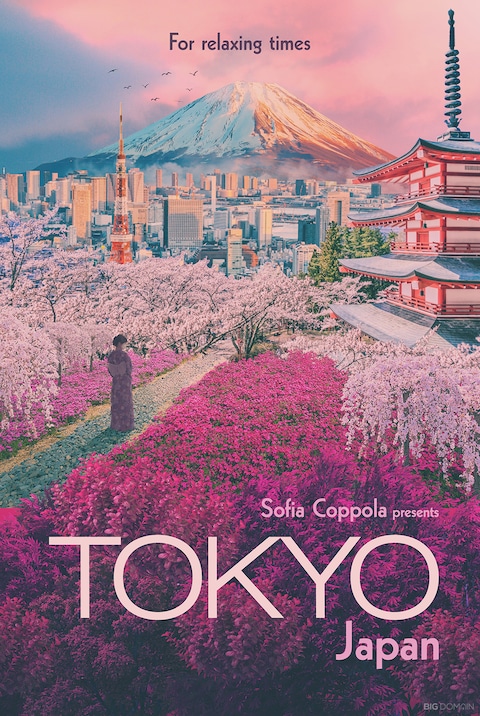 There’s more than a touch of magic about the films of Wes Anderson, and he has a way of stamping his mark firmly all over every picture he directs.

His most recent venture, Isle of Dogs, tells the rather bizarre story of a boy’s quest to find his lost dog on a quarantined island in Japan. But Anderson is perhaps most well-known for The Royal Tenenbaums, Fantastic Mr. Fox, Moonrise Kingdom and The Grand Budapest Hotel – an eclectic mix of beguiling, colourful and endlessly enchanting stories.

The Darjeeling Limited, released in 2007, was one of his earlier successes and tells the tale of three estranged brothers on a train voyage through Rajasthan. 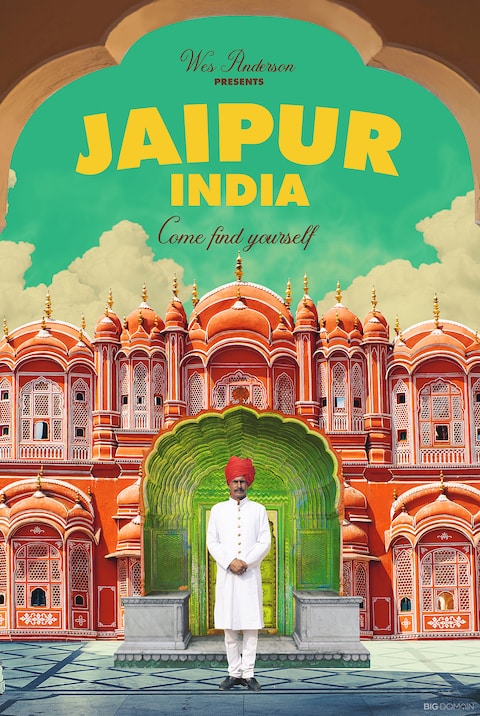 If Tim Burton’s films are dark and twisty, Chan-wook Park’s are pitch black and monstrously misshapen.

With a reputation forged on visceral tales of vengeance and violence, accompanied by psychological deviance and dark comedy, those with an interest in the darker side of the film industry will know Park as the director of critically acclaimed South Korean films such as Oldboy, Stoker and The Handmaiden.

Gritty and confronting, Oldboy follows the story of a businessman intent on seeking revenge on those that kidnapped and imprisoned him for 15 years, set in the South Korean capital of Seoul. 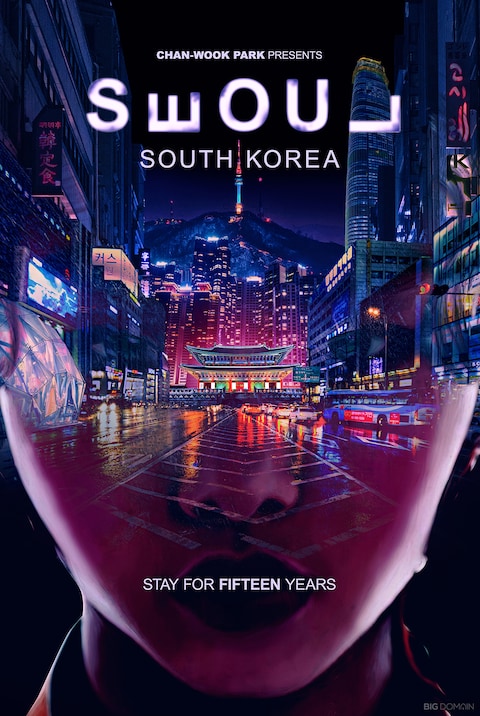 Images courtesy of The Big Domain

The Best Edinburgh Travel Tips From Our Readers