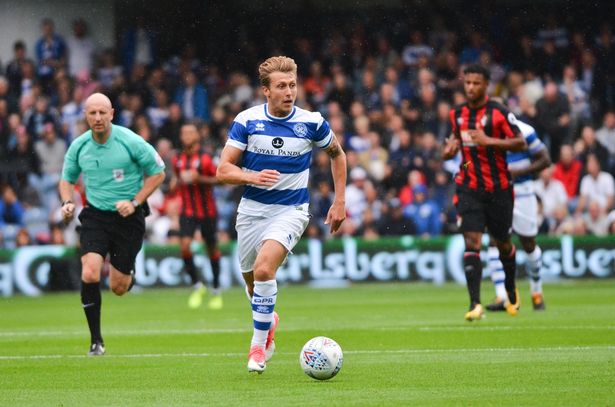 It looks set to be a move that could rumble on into the closing stages of the transfer window, but it’s business as usual for Luke Freeman.

The midfielder has been widely linked with a move to promotion contenders Middlesbrough before the close of the transfer window, with Sky Sports revealing that the two clubs are in talks over a potential deal.

However with the Hoops preparing for their Championship opener against Preston, the main question was whether the 26-year-old would be involved for Steve McClaren’s side.

Well, the club have confirmed that he will be.

Posting on their Twitter account, QPR showed a video of the squad boarding the team bus ahead of the trip to Deepdale, with Freeman one of those on board.

The midfielder can be seen giving a cheeky wink to the media team after eight seconds of the video below.

Steve McClaren revealed to the club’s official website that he would be taking his full first team squad to Preston, with over 20 players set to travel.

He said: “We’re travelling with 21 players and that has been the main squad in pre-season.

“I didn’t want to leave people at home, we’ve been together for six weeks and I don’t want to start isolating players because everyone has worked so hard and we have to stick together.”

With only 18 places available in his matchday squad, this means that three of the travelling players won’t be included tomorrow – but it’s expected that Luke Freeman won’t be one of those who miss out, meaning that the travelling QPR fans can feel confident of seeing the midfielder in action this weekend.

Available to download from the App Store and Google Play.

How To Choose The Best Travel Rewards Credit Card