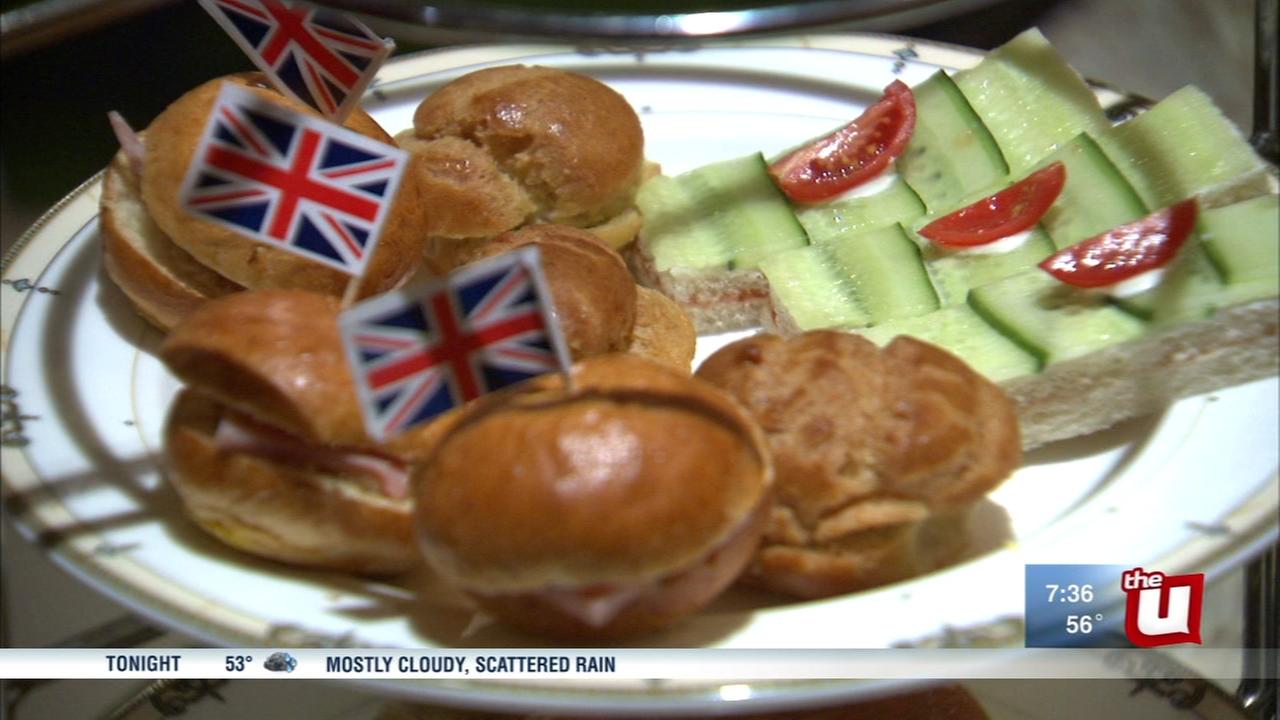 With the Royal Wedding a day away, some Chicagoans have already been getting into the spirit.

The royal tea at the Drake Hotel offers Chicagoans a taste of royal celebrations as American Meghan Markle prepares to wed Prince Harry. The hotel is serving up some fun royally-inspired items, including Her Majesty the Queen macaroons, Princess Charlotte’s strawberry mouse, Prince Harry’s s’more truffle and the Meghan Markle apple almond parfait.

Carolyn and Carly Duris, a mother and daughter from Winnetka, will take high tea in London. They timed a trip to Europe to start in London to see the Royal Wedding preparations.

“We get in on the excitement and getting in on all the preparations,” Carolyn said. “I was part of the generation that saw Princess Diana get married and it’s just exciting.”

Travel agent Kendra Thornton is just back from London.

“My first impression was how spotless and pristine the city looks and you know that’s because they are ready,” she said.

Thornton is expecting local royal wedding watchers to have their interests piqued to see London for themselves. After the wedding of Kate Middleton and Prince William, Thornton saw a spike in British travel interest.

“Because she’s an American, she’s an actress, she’s beautiful, she’s very well-spoken, she’s a Northwestern graduate, she has Chicago connections, so I think for Chicagoans we’re going to see a stronger interest in visiting,” Thornton said.

Thornton does warn it will be a pricey trip this summer. Traveling in the fall or next spring may be a bit more affordable.

“For Chicagoans it’s s quick 7 hour flight, but it’s not something you can go to and wing it and expect to do it on a dime,” she said.

First hand or from a distance, it seems Chicagoans will be among the spectators ready for a royal experience.

“I will be watching from home I did not receive my invitation,” said Jacqueline Mauer. “It must have been lost over the pond.”

“Sleep is a beautiful thing; wouldn’t you agree?