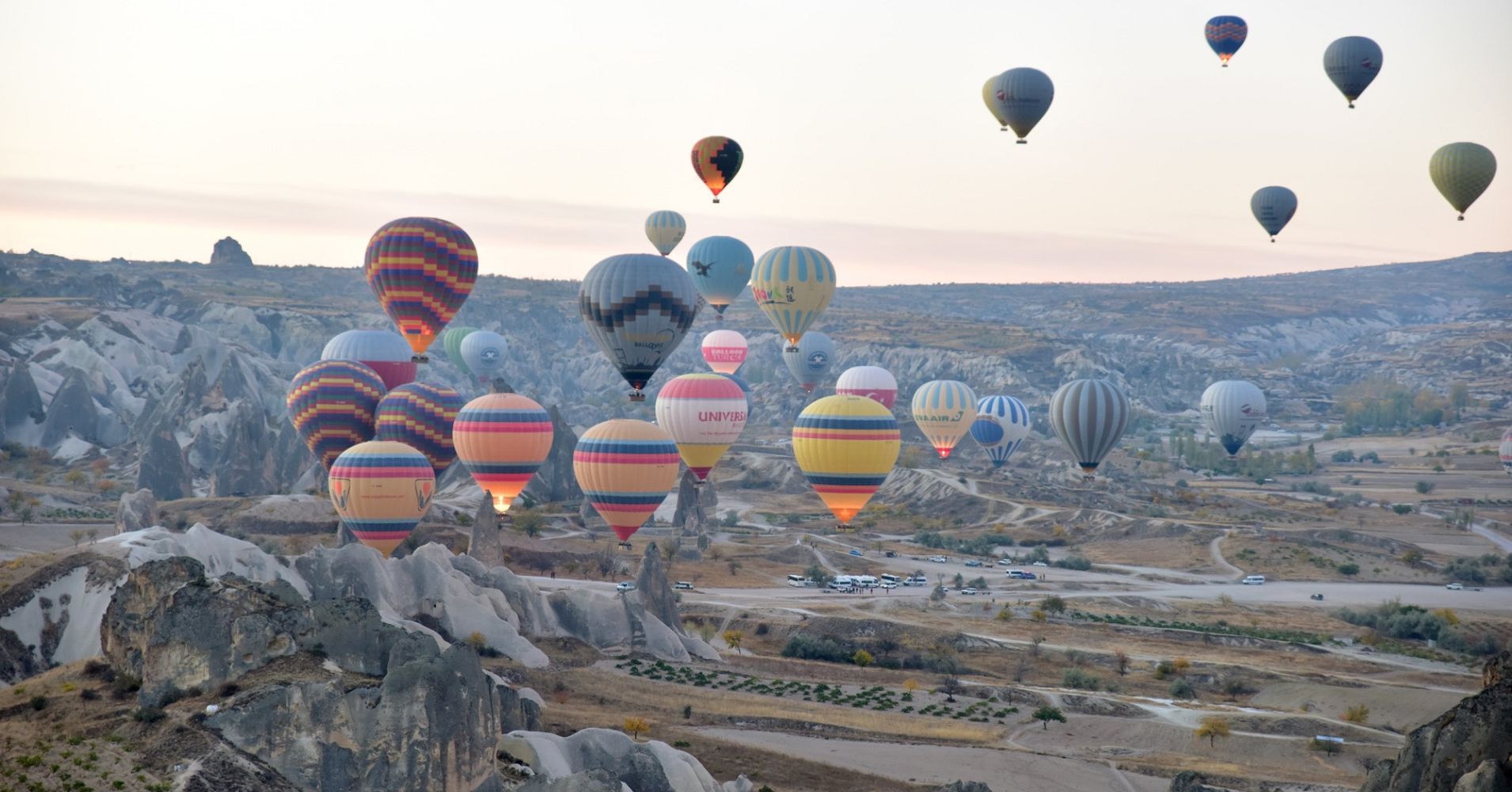 Millennials would rather spend money on travel than buy a house, and this summer, they’re traveling more than any age group. They’re also spending their travel dollars on beautiful places — or, at least, they want to.

For its methodology, Earth asked the question: “If you could go anywhere on earth, where would it be?” Earth collected data from July 2017 to July 2018 submitted by more than 100,000 millennial Instagram followers on its account and also looked at the highest number of geotags among its millennial followers for the same time frame.

Here are the top 10 travel destinations that are trending with young people.

The cheap prices, beautiful beaches and chill vibes of Tulum, Mexico, make it a popular destination for young travelers. There is a bohemian flair with yoga retreats and rustic huts on the beach, and exciting outdoor activities and attractions like “cenotes” (underwater cave sink holes) and ancient ruins.

Famous for its canals, “coffee shops,” world-class museums like Rijksmuseum and nightlife scene, Amsterdam is one of the most cultural cities in the world and a magnet to young travelers, especially since it’s a budget European city to visit. Everyone gets around by bike, which are cheap to rent (as low as $10 a day) or some Airbnbs offer them for free. Hip hotels are also affordable, like stylish Hotel Not Hotel, with doubles starting at $75 a night and $2 pints its bar, Kevin Bacon Bar, named after the Hollywood actor (no affiliation).

3. The islands of Greece

The Greek islands, including Santorini, Mykonos, Corfu and Naxos, are alluring with golden beaches, azure waters and dramatic coastlines. While hotels run on the higher side in high season (summer), you can always find great deals on Airbnb, like this two-bedroom rental with private plunge pool on a cliff overlooking the water, which accommodates five guests for $462 a night total.

Chockfull with art, museums, history, archaeological sites and great architecture, Mexico City is a favorite for millennials, who can find cheap eats, hotels and activities in the cosmopolitan metropolis. There are plenty of public spaces that serve as attractions, like the urban green space Parque Mexico surrounded by Art Deco buildings and Palacio de Bellas Artes, an iconic Art Nouveau building, where crowds gather outside.

The Maldives is not cheap (rooms at luxury resorts are typically $700 or more) but it’s one of the most beautiful places on the planet.

The tropical group of islands about an hour-and-half flight from Sri Lanka in the Indian Ocean have deserted, white-sand beaches, crystal-clear shallow waters and, what makes it popular for affluent travelers: expensive, over-the-top five-star resorts where you often get your own overwater bungalow (with private pool and butler) for total seclusion. Resorts are on their own island, and they rarely have more than 80 rooms, so you can go days without seeing another guest.

A three-hour train ride from Lisbon, Algarve is a coastal town with 150 beautiful beaches, like Benagil Caves, a hidden gem with a golden shore that backpackers have discovered, and Praia de Amoreira, a magnet to surfers. The entire rugged coast is dotted with sea caves and red standstone cliffs against turquoise waters, and Algarve along the central coast is lined with villas, hotels, bars and restaurants.

Big-chain luxury hotels are starting to move in, like Anantara Vilamoura, which will drive prices high, but you can still find cheap hotels, like waterfront Dom Jose Beach Hotel with rates as low as $113 a night.

A medieval city dating back to the Berber Empire, Marrakech dazzles visitors with its array of colors, textiles, gardens, sounds and smells, and it’s known for its labyrinth of alleyways where souks (markets) and bazaars thrive day and night. You can find cheap items here, from jewelry to knick knacks.

You can stay in a traditional riad (a traditional Moroccan house with interior garden or courtyard) for as little as $35 a room a night.

The Amalfi Coast is one of the most romantic destinations in Italy, where cliffside villages with colorful buildings hug the towering coastline. It’s a short train ride (under two hours) from Naples, and you can also arrive by boat.

In Positano, one of the most famous village towns here, you can take out a boat for breathtaking views of the coast, eat great seafood and chill out at the pebbled beaches. It’s also known for hiking trails that harbor cliffside views.

“Cappadocia looks like it’s straight from a fairy tale,” says Andy McCune, founder of Earth, while many travelers are known to say it’s like nothing else on this planet.

The whimsical, ancient town is a geological attraction in itself, with sprawling hills, towering boulders and places cut out of cavern, like hotels and churches, making up a unique topography. The No. 1 activity here is taking out a hot-air balloon and seeing it all from an aerial view.

Frugal backpackers love Bali; they immerse in its various settings, from jungles to beaches, for cheap. You can rent villas as little as $20 a person a night; visit famous attractions, like the Sacred Monkey Forest crawling with monkeys; surf in Uluwatu, a hot spot for young travelers arriving via mopeds; and eat street food, like chicken satay and rice in banana leaf, on a budget.

It’s also a holistic destination, where people come all over the world to see healers, attend yoga and wellness retreats and visit shrines and temples.

The 6 best cities in America for geeks

9 places in America you have to see in your lifetime

All you need to know about special interest tourism

Analysis: Here’s how the latest Fed interest rate hike could affect your wallet