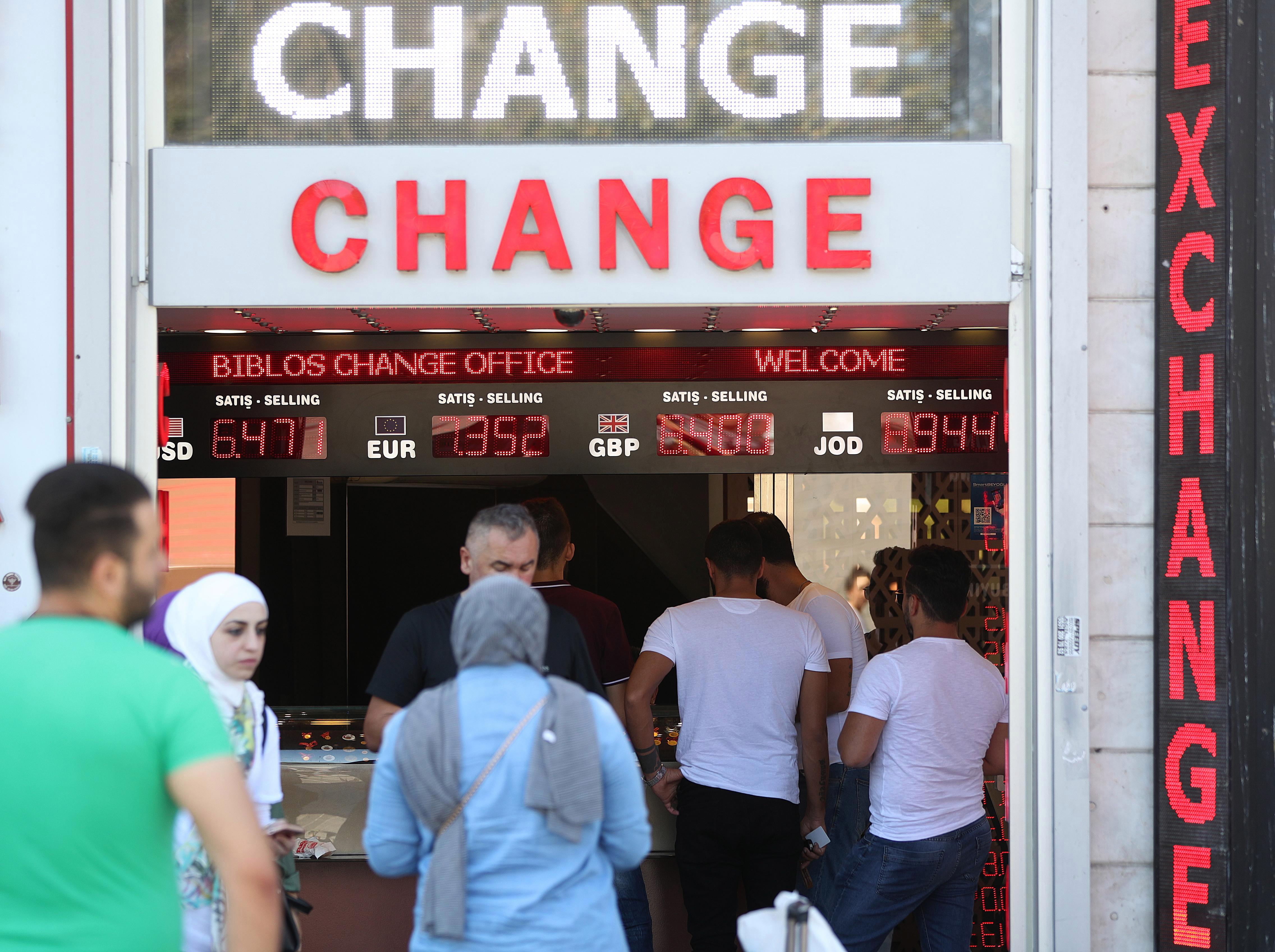 BRITS have been completely currency exchanges out of their Turkish lira supply as they clamour to get their hands on it.

The Turkish currency collapsed this week, which means that Brits are able to get their hands on huge amounts of the currency at a fraction of the usual price.

Thomas Cook has been running low on the currency.

Meanwhile yesterday the Post Office ran out of lira completely at some of its branches yesterday in the mad rush.

A spokesperson for the Post Office said: “A small number of branches may be running low due to the demand.

“We expect to replenish stocks over the next 24-36 hours.”

Thomas Cook has advised how holidaymakers to Turkey can make the most of the “unprecedented” exchange rates.

Demand is three times what it was for lira in 2017.

WIN A FREE HOLIDAY Fancy a free holiday to Disneyland or Dubai? Vote in our Sun Travel Awards and enter our prize draw for six great holidays

What is the current Pound to Turkish lira exchange rate?

Because of Turkey’s currency crisis, the pound is worth around 89 per cent more against the Turkish lira than a year ago.

Turkey doubles tariffs on some US imports including cars, alcohol and tobacco on in retaliation for Donald Trumps slapping higher duties on Turkish products

WISH YOU WERE LIRA?

Ryanair strike – what date is the walkout and are flights being cancelled?

As of August 16, £1 is worth 7.36 Turkish lira and this favourable pound to lira exchange rate means Brits heading to places like Marmaris and Antalya will be able to buy a pint of beer for £1.22.

The last time you could buy one costing that much in a UK pub was way back in 1990.

Sun Online previously revealed that Turkey is banning the iPhone as president Erdogan aims for economic revenge on the US.

Four Fun Ways to Liven Up Plane and Train Journeys