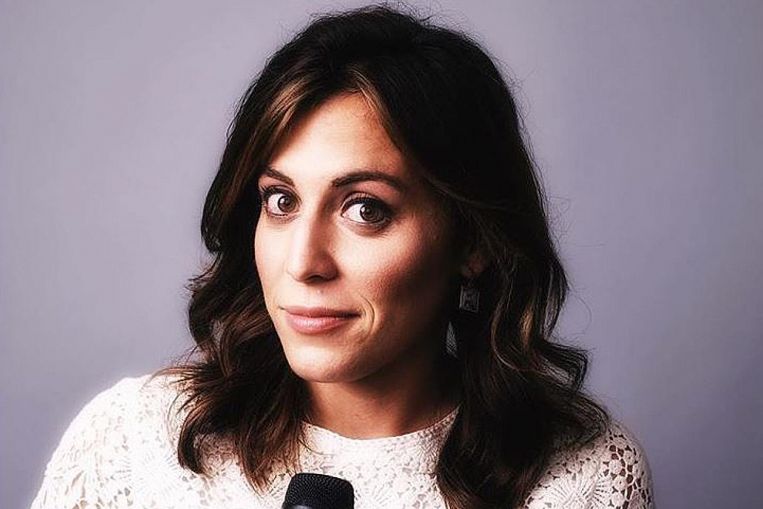 NEW YORK • As chief White House correspondent for NBC News, appearing across such network shows as Today and NBC Nightly News, Ms Hallie Jackson earned accolades for her reporting on the 2016 Republican primaries and the rise of United States President Donald Trump.

Before joining the political front, she worked in various local markets, including Los Angeles and Hartford, Connecticut.

Her current gig has turned the travel-lover into a true frequent flier; she logged 400,000km last year, following the President around the globe from Saudi Arabia to Beijing.

She offers some travel tips.

The secret to getting enough vegetables while travelling like crazy: Be a baby about it

It sounds bizarre, but I always pack squeeze-pouches of baby food from Happy Baby.

It can be really tough to find decent veggies when you’re racking up highway miles or bouncing from airport to airport.

I was at the grocery store one day and passed by this stand of baby food pouches.

I’d read online some folks suggesting those pouches as a way to get greens. A Ziploc bagful doesn’t go bad and it’s a perfect supplement to fast-food meals on the road.

And I’m not even a little bit ashamed to say that the pear-kale-spinach one tastes delicious. It’s a well-rounded, fairly nutritious meal when you’re sitting in a car, driving six hours from one point in Iowa to another.

When you’re coming off a flight, skip the restroom by the gates and head to the one in baggage claim, which is always cleaner – and there’s never a line.

Everybody goes to the first bathroom right off the plane; nobody waits four more hallways to get to the bathroom outside baggage claim. And hygiene is always a factor.

It started out because I work weird hours and have strange days I can take off.

Oftentimes, I don’t know I have vacation time until the last minute. Not a lot of people have that kind of flexibility. Firstly, it’s not awkward to go to dinner and not bring a book.

Just enjoy the food and pay attention to the wine. Don’t be afraid to look awkward.

Second, make sure all your technology is charged because you can’t borrow a phone from someone if you get lost. You’ll need Google maps.

The best place to try solo travel is Asia

After the presidential visit to Asia, I spent a couple weeks there on my own. I did Kyoto and travelled through some of Japan solo. That was a really interesting experience.

I felt very safe there as a female solo traveller and I think you always need to be conscious of that.

When I was in Kyoto, I walked to this sake bar I’d heard of, owned by an Israeli expat.

I wasn’t sure what the vibe was going to be on a Friday night, but it turns out it was just me, a Japanese regular and the owner.

You kind of gulp and you go, “Okay, well I’m here, I’m alone and I might as well talk to you.”

At first, he was a little gruff, but by the end of the night, I had sort of won him over by my ability to taste all sorts of things.

You can be camera-ready, or meeting-ready, after a red-eye with this one, packable tool

I’ve plugged it in the bathroom at (San Francisco International Airport), I’ve done it at a Subway restaurant on the side of a highway as I was racing to get to a story an hour before Nightly News.

Just that one thing has been revelatory for me on the road: All you need is a bottle of water and a plug to fix your shirt or jacket, so you can look fresh and unwrinkled at any moment.

And always have ponytail holders and a couple of bobby pins. Between those two things, you’ll look fine.

If I ever miss a flight, it will be for a good reason

I love the idea of having at least one mini-adventure on every work trip.

In my job, travelling with the President, it’s all very locked down, but I try to get outside that bubble when I can.

We went to Beijing and had three hours before we left for our flight, so I drove to the Great Wall.

I was there for only 30 minutes, but we hiked up a bunch of staircases before we drove back.

Business travellers tend to get in this mode: Pack suitcase and run to the airport.

But the things you do outside that, even for an hour or two, are the memories you end up holding onto.

Take advantage when you can – and if you miss your flight, there will be another one. And how many times are you going to be in some of those places?

Ask the hotel concierge for his favourite place to eat within walking distance of the hotel and leave your bags in the hotel lobby.

Hire a driver and ask him to take you to his favourite restaurant.