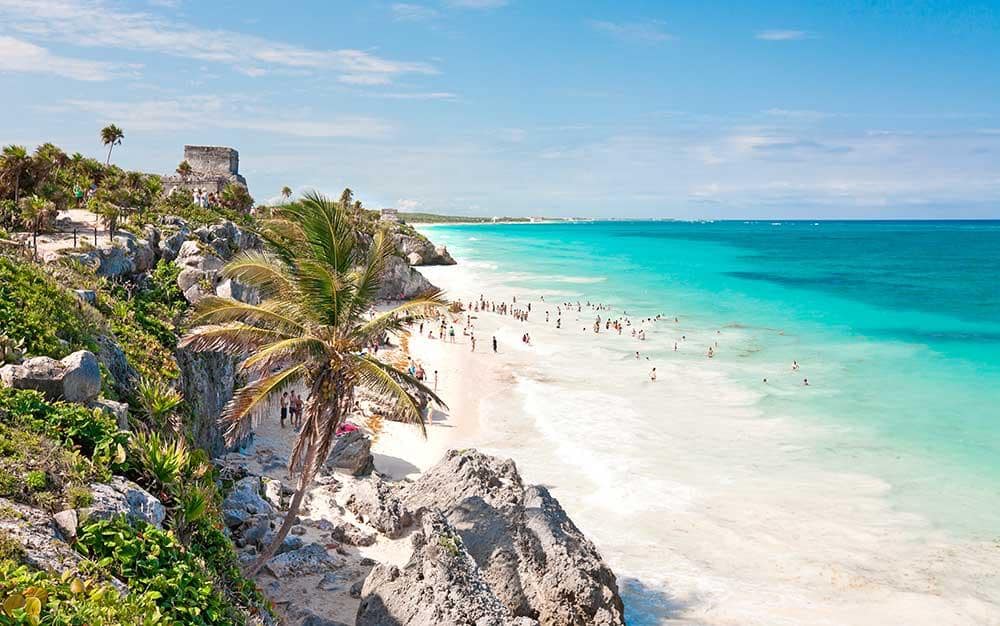 Spots in the knock-out stages of the Telegraph Travel World Cup are now few and far between after Mexico and Germany secured their safe passage into the next round.

The North American nation came out on top in the poll hosted on Twitter, securing 34 per cent of the vote, while the European powerhouse could only manage second spot, with 29 per cent.

Time for World Cup Group F: which of these is the best travel destination?#ger #mex #swe #kor

Vote now in our #TravelWorldCup to send two nations through to the next round.

Sweden, finishing with 24 per cent of the vote, will be disappointed it could not capitalise on a recent resurgence in interest in Scandinavian travel, and South Korea, finishing at the foot of the table with just 13 per cent, has missed its chance to take advantage of the spotlight of the Winter Olympics.

How did Mexico win it?

Welcoming 39.3 million travellers in 2017, making it the seventh most-visited country in the world, it is really no surprise that Mexico was able to steal ahead in Group F.

The country boasts two vast coastlines, miles of sandy beaches, one of the best diving spots on the planet in the shape of the Sea of Cortez and a wealth of remarkable Mayan ruins. And that’s not to mention its reputation for a party (Cancun, anyone?).

Germany is no shrinking violet on the world tourism stage either, welcoming 37.6 million tourists a year and ranking ninth in the world. Bavaria, Berlin and bratwurst will have all helped our European cousin to second place.

Incidentally, in 2016, British travellers recorded the highest ever number of overnight stays in Germany, showing the love affair we have with the country is as strong, if not stronger, than ever.

Can England go through to the next round?

England are currently battling it out with Panama, Tunisia and Belgium.

One would hope that the home nation prevails in the battle to be the best travel destination in Group G, with the stereotype of Belgium as something of an unexciting destination, Tunisia still finding its feet after the Foreign Office recently allowed holidaymakers to return, and Panama best known for hats (actually from Ecuador) and its (admittedly impressive) canal.

It’s the big one, Group G. Can England do it on home soil?

Vote now in the latest round of the #TravelWorldCup, with two sides destined for the next round. Which is the best travel destination?#bel #pan #tun #eng

But form goes out the window at World Cups.

Vote in the poll, above, and hold onto your hats for next week when the tournament starts in earnest as travel destinations go head to head in the last 16. Follow all the action at #TravelWorldCup.

Travel 101: Why boring destinations are a beginner traveller’s best friend

Vacation Company Ultimate Break Is Hiring Someone To Travel The World For Free —...

The Best Moscow Travel Tips From Our Readers