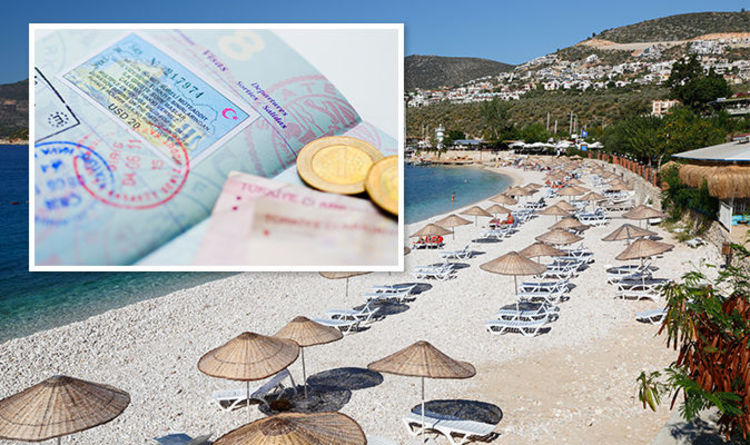 The Turkish lira has continued to plummet as the country sits on the brink of an economic crisis.

President Donald Trump’s announcement of US tariffs on steel played a part in the downward spiral, as did a number of issues within the country.

Government spending and high oil prices have all affected the lira in Turkey.

Britons looking for a cheap holiday are taking advantage of the strong exchange rate in comparison to the pound to euro exchange rate.

Having hit a record low on Monday, it means travellers are getting more for their money as the exchange rate between the lira and the pound is up 89 per cent compared to last year.

While package holidays may remain at the same price, spending will go much further the in the country.

This means shopping, food and drink costs will be much lower in comparison.

It also means cheaper accommodation if holidaymakers are paying on arrival as opposed to paying in the UK before travelling.

To make the most of the cheap rates, travellers are urged to use prepaid currency card now.

Prepaid cards lock in the current exchange rate when topping them up – with the rates at their lowest, they could improve before holidays.

Therefore purchasing them now will mean getting the most out of them before travelling.

Andrew Brown of Post Office told Mail Online that holidaymakers could get as much as 4,091 Turkish lira for £500.

This is compared to last year when it was just 2,174 lira for £500 when purchasing travel currency.

Tourism in Turkey has struggled in recent years following a number of terrorist attacks and a failed political coup.

Thomas Cook reported a 63 per cent increase in holiday bookings to Turkey for 2018.

Popular destinations include Antalya, Istanbul and Marmaris, with good weather all year round.

While Spain and Greece remain some of the top holiday destinations, Turkey along with Tunisia and Egypt are appealing to tourists once again.

The country is now considered safe to travel despite terrorism “very likely” in certain areas popular with tourists.

The border to Syria is advised against all travel, yet most of the country is deemed safe.