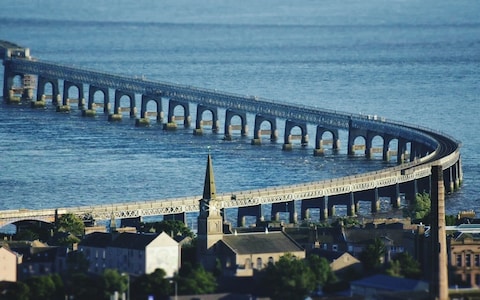 If somebody had been living in a cave for their entire life and had never seen Europe before, where would you send them to show off the very best of the Continent?

A bottle of wine on the steps of the Sacré-Cœur at sunset? A river cruise down the Danube? Witnessing the call to prayer erupt over Istanbul?

A weekend break in Dundee?

Lonely Planet has revealed its selection of the 10 best European destinations to visit this summer, and Scotland’s fourth largest city has made the cut alongside destinations like Kosovo and Tirana, the capital of Albania.

By now, of course, we are all used to seeing surprising destinations on these annual travel lists. Rough Guides voted Hull one of its cities of the year in 2016 to amplified media interest, Bradt Travel Guides has previously made North Korea its Destination of the Month, while Lonely Planet put Djibouti in its Best in Travel 2018 list.

Some will hail these lists as the progressive championing of underdog destinations. Cynics will call it attention-grabbing positive discrimination, a bit like writing the headline “Why Grimsby is the new Rome” and working backwards.

But something stands out in Lonely Planet’s explanation behind its selections for the Best in Europe 2018 list. They say that their list “directly tackles the hot topic of overtourism, aiming to inspire travellers to discover some of the best lesser-visited regions, alternative city breaks and hidden gems, beyond Europe’s busiest tourist hotspots”.

Overtourism has indeed been a hot topic for 2018. Europe’s most popular destinations like Barcelona, Dubrovnik, Amsterdam and the Balearics have all made dramatic moves to curb the negative impact of mass tourism. Over the Easter weekend this year Venice, the poster child of mass tourism, took steps to segregate locals from tourists. So frequent are news stories like this that just last month I made a case for “overtourism” to be added to the dictionary and crowned the 2018 word of the year.

But is the solution to overtourism – a problem that is in itself partly perpetuated by the “bucket list” mentality – really to create new lists recommending lesser-visited destinations like Dundee? Is this the equivalent of churning up a patch of lawn with a muddy goalmouth and simply moving the goalposts somewhere else, only to ruin another part of the garden?

An important consideration is whether the destination both needs and can handle a tourism boost. Speaking to Telegraph Travel, a Lonely Planet spokesperson said: “We take into consideration the responsibility to the traveller and the destination in our content, and wouldn’t for example recommend a location that did not have the infrastructure to support tourism.”

In the case of Dundee, interest from a travel bible like Lonely Planet will be more than welcomed. The city is pushing hard for more tourists. A document outlining the city’s tourism strategy explains they hope to increase day visitors from 826,000 per year to 1.12 million by 2020, with sights set on being crowned the European Capital of Culture for 2023.

If the forthcoming opening of the V&A Dundee in September 2018 and £1 billion renovation of the Waterfront didn’t quite cut it, a nod from Lonely Planet should help to persuade people to travel there over the next couple of years. Indeed, Malmaison Dundee’s general manager told The Courier that the phone had been “ringing off the hook” since the Best in Europe list was announced yesterday.

The rest of the list includes some similarly off-the-beaten track destinations that many people won’t have heard of. Vipava Valley in Slovenia is championed for its terracotta-tiled hamlets; Vilnius, the capital of Lithuania, is rewarded for its “understated cool”; while the “off-the-radar” Small Cyclades islands off the Greek coast are celebrated for their rare sense of timelessness.

So does this focus on overtourism mark the dawning of a new editorial direction for Lonely Planet, a company whose recommendations hold powerful sway on where millions of people go on holiday every year?

“Lonely Planet’s editorial and publishing strategy is driven by serving travellers’ needs, so with overtourism such a pertinent concern today we are of course considering ways to provide the best advice possible to help travellers to make informed choices,” a spokesman told Telegraph Travel.

By focusing on overtourism in this list, Lonely Planet admits that they (alongside other travel guidebook companies) play a vital role in the funnelling of tourists to the world’s busiest spots. Just two years ago, Venice made the cut in their Best in Europe list. As the inspirers of travel, the trustworthy Akela in the backpack, Lonely Planet holds the power to make positive change in an industry that needs reform.

Just like the car manufacturers developing electric vehicles, the energy companies investing in green, the cosmetics companies focusing on positive body image, the supermarkets introducing plastic-free aisles: the power to bring about positive change lies in the hands of the companies who played a part, however small, in the emergence of the problem.

Following Lonely Planet’s move to put Dundee on a pedestal in the name of fighting against overtourism, other parts of the travel industry – airlines, tourist boards, tour operators – can no longer ignore the fact that runaway tourism can have a negative impact, and it is their problem to fix.

Like it or not, an important part of this solution will be to redistribute tourists – sustainably and thoughtfully – to the lonelier parts of the planet. Even if that does mean a weekend in Dundee.

The youngest person to travel to every country on earth has launched a ‘travel...