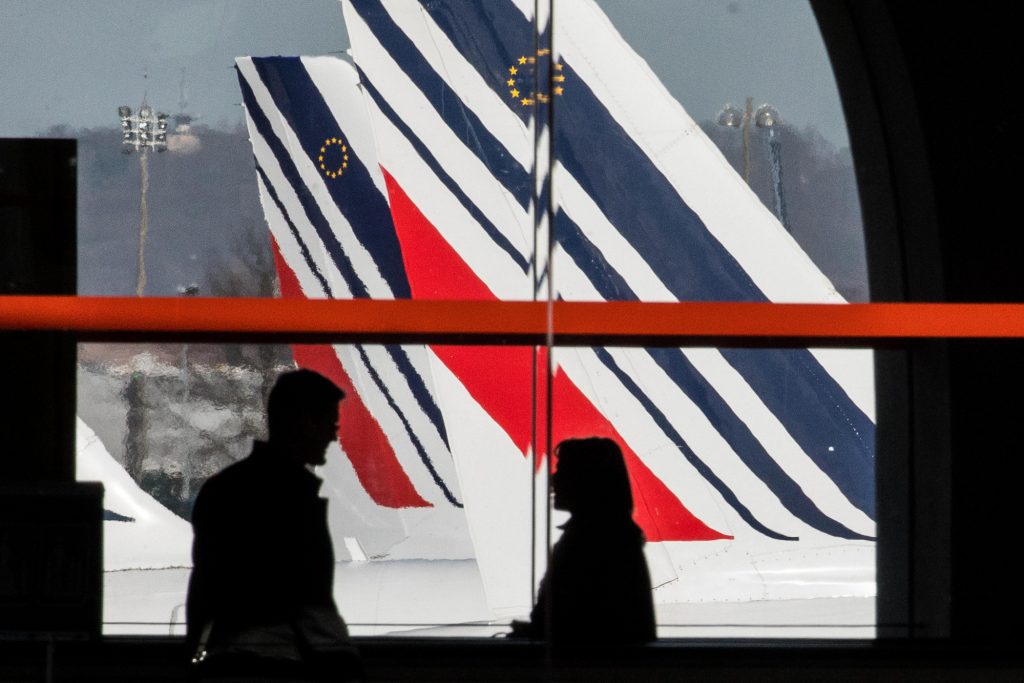 Nothing is official yet, far from it. Or as AccorHotels CEO Sebastien Bazin said Monday: “A bit too early” to speculate. But the possibility of Accor buying up the French government’s 14.3 percent stake in troubled airline group Air France-KLM is garnering plenty of industry interest.

This potential investment, first reported on Sunday, suggests that travel brands are increasingly looking to complementary businesses — either to invest in directly or to partner with — to increase the engagement they have with travelers and to become experience platforms, and not just travel brands.

For a hospitality company such as AccorHotels, that means branching out beyond just hotels or even homesharing and, potentially, getting into aviation, or working with airline partners more closely than ever before.

Perhaps the biggest question surrounding this potential investment is why would AccorHotels buy a minority stake in Air France-KLM, and what could it potentially do with it?

“I still don’t know if it makes sense,” Bazin said, when asked about the potential investment at the NYU International Hospitality Industry Investment conference in New York. “We’re still figuring out the terms, conditions, pricing.”

One thing is certain: AccorHotels has the money to buy that 14.3 percent stake in Air France-KLM should it decide to. Last week, the company raised a total of about $5.4 billion (€4.6 billion) by completing its spinoff of AccorInvest.

Bernstein analysts suspect the company has approximately $1.05 billion (€900 million) left over from this to spend after factoring in AccorHotels’ recent acquisitions of Mantra, Mantis Group, ResDiary, Mövenpick, $1.6 billion (€1.4 billion) in share buybacks, and $1.17 billion (€1 billion) of debt repayment.

“Any further acquisitions past this amount will either need to be funded by a further sale of the AccorInvest stake, or by reducing the buyback program,” Richard Clarke, an analyst with Bernstein, noted. “Accor had been guiding that the cash would largely be spent on hotel assets (Mövenpick and Mantra, seemingly the blueprints).”

He also added that “an acquisition of a minority stake in an airline would be a surprising departure from this message even for Accor.”

A Detriment to AccorHotels?

Shareholders of AccorHotels, for one, seemed to express their displeasure with the thought of Accor investing in an airline. Its shares fell 7 percent in trading on June 4.

Instead, as Bazin himself also suggested, some may wonder why AccorHotels doesn’t just stick to forming partnerships with airlines instead of actively investing in them.

“You don’t have to be an investor” to see the benefits of synergies between airlines and hotels, Bazin said.

Analysts also tend to agree with that statement.

“While the strategic rationale for Accor is there, we wonder why this cannot be achieved by a commercial partnership without any equity stake,” Bernstein’s Clarke contemplated. “While Air France-KLM is trading on four times the price-earnings ratio, the deal would bring even more complexity to Accor, who is already integrating many recent hotel acquisitions; higher risk, Air France-KLM currently has no CEO, no evident strategy to solve its labor crisis, and is highly exposed to rising fuel prices; and more cyclicality, all of which are not positives for valuation.”

But Perhaps a Benefit to Air France-KLM?

Though Accor shareholders may view this as a bit of a risky deal and Bazin has made it clear the company will take its time to weigh all the benefits and disadvantages of a potential stake in Air France-KLM, Bazin did seem to suggest he thinks highly of the airline, despite its recent leadership and labor woes.

Speaking to CNBC on Monday, he described the airline as “formidable” and the “largest carrier in continental Europe.” He added, “That airline probably needs vision and a great amount of vision. [It has] great people and great flags. That’s not even my worry. My worry is trying to pull out the level of partnership [from a potential investment] to serve my clients.”

Mylène Scholnick, a New York-based aviation consultant at ICF, said she does see a lot of potential for collaborations between both businesses and, for Air France-KLM, having more private versus public investment may be just what Air France-KLM needs, especially after the recent departure of its CEO Jean-Marc Janaillac, who left in May after French employees rejected a pay deal and initiated labor strikes.

“I think, obviously, there is a French synergy and there could be probably a bit of a push from the French government to make sure that somebody gets involved,” Scholnick said. “I think it’s about having Air France being more privatized and being managed like a real private company. I think it is the government really trying to push them to do that.”

She also noted that if AccorHotels can “transform Air France a little bit and get the unions to be less powerful, maybe there’s a play to get some travel synergies. It could be interesting.”

Bernstein’s Clarke has a different view on the potential benefits of Air France-KLM having more private investment versus public.

“The removal of a government stake in Air France-KLM should receive a mixed reaction,” Clarke said. “On the one hand, it increases the company’s bargaining power against the labor unions, as striking becomes less impactful; however, the government stake possibly was providing a floor to the share price.”

News of AccorHotels’ potential investment in Air France-KLM led to a rise in shares for the airline on June 4 of about 5 percent from the previous close.

And although the airline is dealing with leadership turmoil and rumors that the company may split into two separate entities, Scholnick still sees tremendous “potential” for the company.

“It is a great airline,” Scholnick said. “It is a very significant airline. It has KLM in it. It has a big engineering side to it that is very profitable. Despite all the recent issues, in the end, it is one of the biggest airlines in Europe.”

Loyalty Benefits for Both?

Where there could be potential upside for both Air France-KLM and for AccorHotels has to do with loyalty — something Bazin also noted. The Le Club AccorHotels program has 41 million members, while the joint loyalty program between Air France and KLM, called Flying Blue, has 15 million active members.

“I think this is a brilliant idea for them to be able to be really building in more loyal customers,” said SH Group president Arash Azabarzin. “You can increase your database tenfold,” he said, by having direct access to the loyalty members for both companies.

Bazin also noted that AccorHotels has, for some time, partnered with Air France on a number of digital initiatives, such as buying up Google AdWords, and on loyalty campaigns in the past four years and that there is the potential for “very many synergies” between the two companies. He also noted, “Many of us have partnerships already with airlines because of the data ownership.”

“A higher share of loyalty passengers on the Air France domestic network, alongside better connections into Asia, given Accor’s strong Asia-Pacific-China position and large Chinese loyalty position with Huazhu, would be possible strategic benefits, but we see little upside in the near term,” Clarke noted.

“There’s a logical relationship [between the two companies] on the digital and loyalty side,” said Guarav Bhushan, chief development officer for AccorHotels. “Air France-KLM has a fantastic distribution and loyalty program — we see a lot of synergies in that space.”

The relationship between airlines and hotels has a long history and, at one time, it was common for airlines to even own their own hotels. For example, Le Meridien hotels, now owned by Marriott International, was originally created by Air France in 1972.

And regardless of whether AccorHotels does make a financial investment in Air France-KLM, forming stronger partnerships with various airline partners can only benefit both entities.

Bazin’s hotel peers who joined him at the NYU conference also echoed his comments about the unique relationship hotels and airlines have historically had.

MGM Resorts International CEO James Murren said that for his company, partnering with experts outside the hospitality industry — particularly in the entertainment and sports realm — has been a key objective for the company’s growth.

“We are looking to diversity to make investments and partnerships across the entertainment space,” he said, noting that MGM’s founder, Kirk Kerkorian, also founded and owned two airlines and noting that MGM is the “largest partner of Southwest Airlines in Las Vegas.” He added, “There’s no chance MGM will invest in an airline, but we will partner with multiple airlines.”

That same strategy also applies to Hilton. “We will not be investing in any airlines,” CEO Christopher Nassetta said. “We do have lots of wonderful partnerships with airlines and we will be looking for more and more partnerships with various players in other industries.”

That concept of expanding beyond the realm of traditional hospitality is one that nearly all major hospitality brands have aspired to do, AccorHotels, Hilton, MGM, Marriott, Airbnb, and others included. And for them, branching out into complementary spaces — whether homesharing or tours and activities and airlines — helps them become complete experience platforms, a megatrend Skift noted earlier this year.

“My clients want an Accor ecosystem where they find what they need,” said Bazin. “I want to be of service to retain that same client. It’s all a matter of retention and touch points. I need to have multiple interactions with the customer, 365 days a year.”

Skift Editor’s Note: This article has been updated to include Bazin’s comments to CNBC.

Pound to euro exchange rate: Sterling needs to ‘break out of its current rut’

The Beginner Guide to Start a Successful Travel Blog