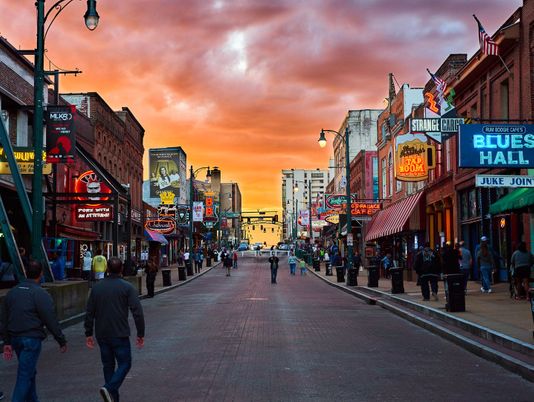 This is sunset on Beale Street. This iconic Memphis street has some of the best live music in the south.(Photo: Joshua Brown/ Memphis Tourism)

The summer season is reaching its half-way point. For many families, August is their last chance to get away before the school year begins.

It’s already been a hot summer in many parts of the world, especially Europe, but there are plenty of beach and mountain towns that can provide a respite.

Many cities across the USA are celebrating the mid-point of the summer with festivals and fairs.

Europe, meanwhile, is becoming more reasonable to fly to because competition from low-cost carriers such as Norwegian Air and WOW Air are driving down airfares.

Here are a few destinations that are good deals for fun and value:

Scotland’s capital city is one giant party in August. The Edinburgh International Festival runs from Aug. 3 to Aug. 27 this year.

The first festival was held in 1947 to mark the end of World War II. It has since grown dramatically into several festivals celebrating different genres: music, dance, theater, and literature This year, 2,750 artists from 31 nations are expected to perform. The city expects visitors from more than 80 nations.

It ends with the Virgin Money Fireworks Concert with more than 400,000 fireworks bursting in the sky over Edinburgh Castle choreographed to live music from the Scottish Chamber Orchestra.

One of Scandinavia’s most beautiful cities is now also one of the most inexpensive to fly to.

According to fare comparison site Hopper.com, airfares to Stockholm are down 44 percent to an average of $834 round-trip.

The capital of Sweden is made up of 14 islands patched together by bridges, ferries and a metro. The old town, Gamla Stan, has cathedrals, a palace and charming cobblestone streets.

The city has dozens of museums, including the ABBA Museum located on the royal island.

The nightlife is booming, and many of its deejays have gone on to international fame, such as the late Avicii.

Stockholm’s food scene has evolved in recent years moving beyond Nordic cooking. Many of its restaurants have earned Michelin stars. Chefs are delivering more diverse cuisine made with sustainable and organic products.

People who live in Stockholm get to enjoy high air quality and exposure to nature. It’s no wonder it often makes lists of best cities to live in the world.

Most reputable country in the world is …

California may be suffering now from a multitude of wildfires, but Los Angeles has been spared.

Its beaches are open, its downtown is booming, and its restaurant scene is thriving.

It is also one of TravelZoo’s top budget-friendly destinations for the year. The travel planning site says it is more affordable than cities such as San Francisco and New York because of the influx of hotel rooms and low-cost carriers traveling there.

Los Angeles is a patchwork of many diverse neighborhoods. You can stay at the beach in Santa Monica. But a few nights by an equally beautiful beach in Marina del Rey will cost a fraction of the price. If you’re looking for trendy, you can stay in West Hollywood. Of if you want a more laid back vibe, you can opt for up-and-coming Downtown L.A., which has had a hotel boom this year.

The city is also playing host to various arts exhibits. The Standard Downtown Los Angeles will have on exhibit Sparrow Mart through the month. British artist Lucy Sparrow has created a replica of a supermarket using 31,000 items made from felt. The hotel will launch the Sparrow To Go pop-up eatery in the lobby and its 24/7 restaurant. The concept will feature dishes inspired by the felted supermarket treats in Sparrow Mart.

Through Aug. 25, Beyond the Streets will be on display. It is an exhibition of graffiti, street art and other modern art. It encompasses more than 40,000 square feet of industrial indoor and outdoor space of about 100 artists, including Jean-Michel Basquiat and Banksy. 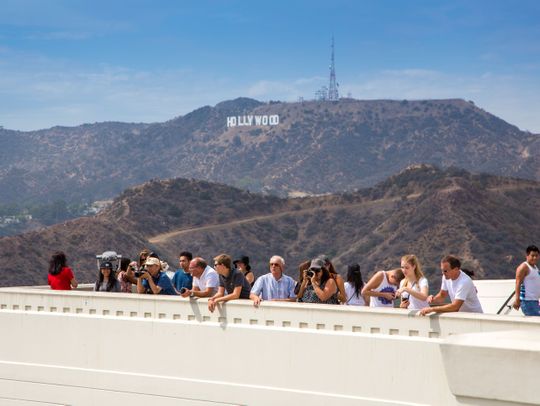 According to Travelzoo, Los Angeles is a top budget-friendly destination this summer. It is more affordable than many others cities, such as San Francisco and New York, due to the influx of hotel rooms, low-cost airline carriers, shopping, restaurants and more. Here, visitors look out onto the city from the Griffith Observatory with the iconic Hollywood sign behind them. (Photo: Discover Los Angeles)

This southern city is known for its barbecue and blues.

It is also known as the home of one of the most famous homes in the country—the Graceland Mansion that Elvis Presley lived in.

Memphis will be the place to be for Elvis fans this month. Starting Aug. 9, Graceland will play host to the Elvis Week Festival.

For 10 days, celebrities such as Elvis’ daughter Lisa Marie Presley and gospel singer and Elvis back-up singer Cissy Houston will do their part to help fans celebrate the icon.

Memphis has much more to offer than Graceland, says Connie Harrington, an advisor at Pegasus Travel LLC, part of the Avoya Travel Network. And it is easy to get to with most carriers flying there.

“I have been twice, and it’s one of the best American destinations,” she says.

Top places to visit include famous Beale Street for its live music and Sun Studio, where legends such as Johnny Cash and B.B. King recorded. To learn about the city’s rich history, a visit to the National Civil Rights Museum is a must.

South Haven, a quaint town on the shore of Lake Michigan, is a popular destination for its National Blueberry Festival, which this year takes place from Aug. 9 to Aug. 12. The festival has been going on since 1963.

The town is an easy drive from Chicago, Indiana and Ohio.

If you don’t want to hit the beach, Loope suggests taking a drive on the wine trail for tastings at the area’s many wineries.

The Catskills is best known as the setting of the iconic movie “Dirty Dancing,” which celebrated its 30th anniversary last year.

But the area around The Catskill Mountains, located about two hours north of New York, has not been a tourism hotspot for the last 30 years.

Now The Catskills is seeing a revival with a number of resorts and other lodging opening up or getting renovated.

Terra Glamping: Hutton Brickyards recently opened in Kingston, a town among The Catskills.

Located directly on the Hudson River, the 25 safari-style tents are nestled among 76 acres of riverfront property. The property can accommodate 250 guests.

Terra Glamping will welcome guests for weekend visits through October. Weekday stays will be available for groups of three or more tents.

“Hutton Brickyards offers everything that we imagined in creating one-of-a-kind experiences for our glamping guests – stunning beauty, unforgettable events and concerts, and endless adventure,” says Rebecca Martin, co-founder of Terra Glamping, which has been creating glamping experiences across the USA for five years.

Among the amenities guests can enjoy are a tent social lounge with books, board games, cards, and hammocks; an al fresco lounge; a nightly campfire with a gourmet s’mores bar; communal grills; and complimentary bicycles and yoga equipment.

Tell Us Your Honolulu Travel Tips